In 1986 the TUC commissioned a mural at its National Education Centre in Crouch End, North London. The cost was jointly funded by the Edwin Austin Abbey Memorial Trust and the Trades Union Congress.

Entitled ‘Labour in History – the Struggle for Progress’ it measured 12.75m x 3.75m and covered a wall in the Common Room. It was destroyed in 1999. 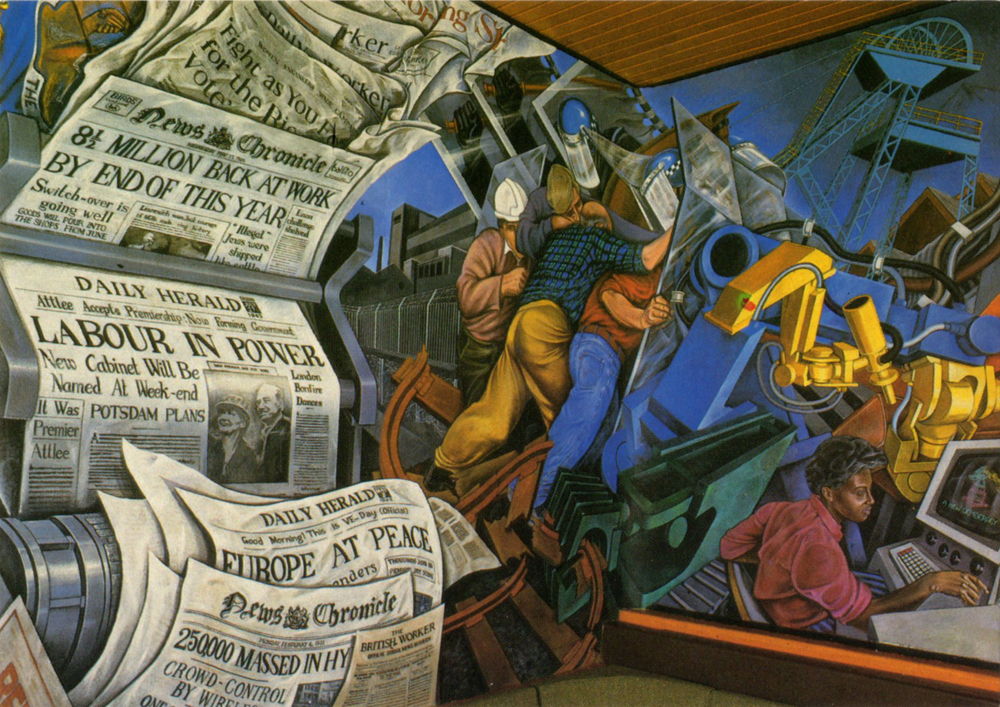 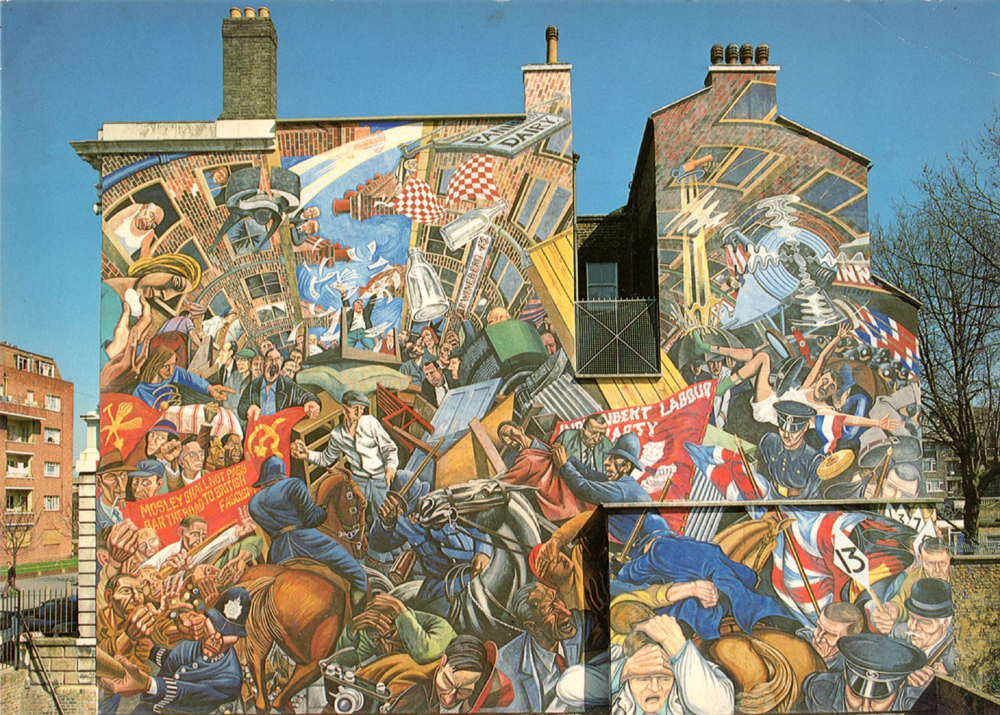 ‘The Cable Street Mural’ was commissioned by Tower Hamlets Arts Committee and commemorated the Battle of Cable Street when, on 4 October 1936, over a quarter of a million people assembled and prevented Oswald Mosley and his British Union of Fascists from marching through West Stepney. Journeyman printed this 4-page folded card for East End Impressions.

Interwoven with archive film and eye-witness testimony from Bill Fishman, Alan Hudson provides a riveting account of the Battle of Cable Street in this film by WORLDwrite (2010).