Robert Koehler was born in 1850 in Hamburg, the son of a seamstress and a skilled machinist. He was raised in Milwaukee and apprenticed as an engraver. He studied in Munich and worked there at his art, preferring to portray working people. He was Director of the Minneapolis School of Art, 1893 to 1914, and died in 1917. 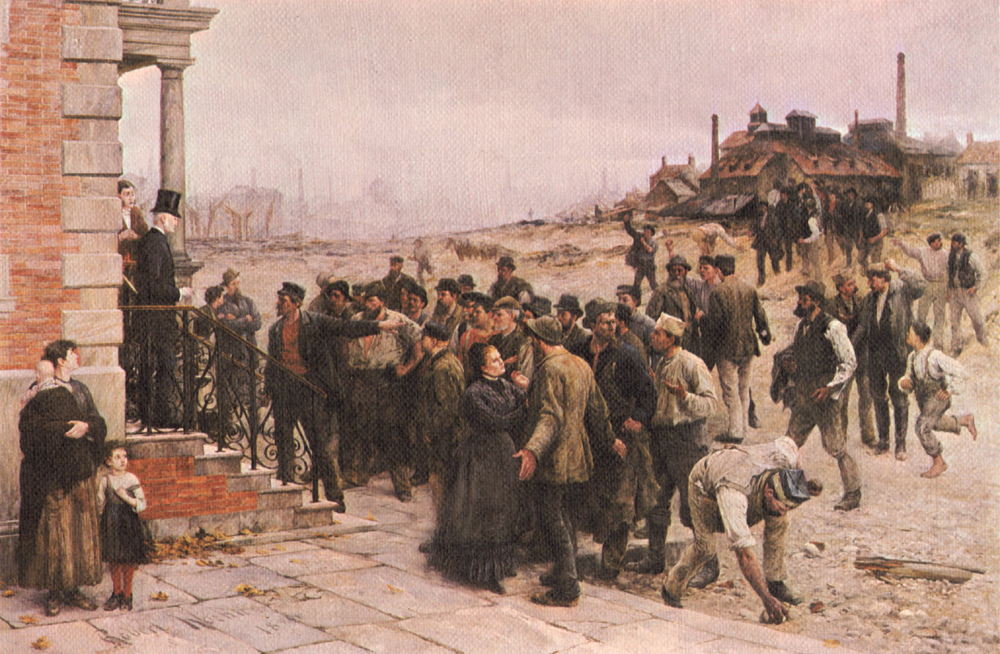 ‘The Strike’ is the earliest known depiction of an industrial conflict by a fine artist.

‘The Socialist’ is possibly Koehler’s father. On the table in front of him is a newspaper published during the 1870s in Milwaukee by the First Workers’ International. Although Courbet earlier painted the portrait of the philosopher Proudhon, this seems to be the first study of a worker-activist in the emergent Socialist movement.

These four-page cards were first published by Green Mountains Editions in the USA in 1974 and distributed by Journeyman.